Explore Our Gallery your Way

My Exhibition is 2 Months Out!

Greetings fellow Art Hounds!  As you may or may not know, I am getting ready for my first one man exhibition in my home town of Moorhead, MN at the Rourke Art Gallery, (see photo).  Now, I’ve had one man shows before, namely at the GK Gallery in Cooperstown, ND, before she closed her doors a few years ago, and they can be a beast.  Usually, the artist ends up rushing to complete a bunch of new art, framing and finishing in a flurry, without really thinking what’s happening.  You can’t rush art making, and you shouldn’t try. 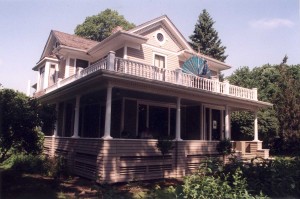 So, what am I doing about it, you may ask?  I am rushing to finish a bunch of paintings!  BUT, I am really trying to think it through as well, doing my best on each one.  This exhibition opens on July 6th (members preview) with the public opening, July 8th, which leaves me exactly 2 more months to work!!  Yes I am feeling the heat!  I’ve felt hot since January 1, when it hit me, (“You have 6 more months to work…”)  Ah, yes, I remember it well, those lazy hazy days of winter, when I could lollygag around the studio, working on 1 or 3 paintings a week.  HA!  Presently, I have finished 18 paintings since then and now have 13 (or so) canvases in various stages of completion!  I’m a bit overwhelmed…

Now, granted, I am going to exhibit older pieces as well, so if I can’t quite finish some of them that’s OK.  I have enough old paintings for one complete show, but an artist can never rest on their laurels, right?  These old paintings are dusty, musty and crusty… we want some new art to look at!  This one is from 2009, for cryin’ out loud!  Oh, and this one is from 2001!!  What are we, in the Pleistocene age?  Well, this show will consist of roughly half old and half new work, so fear not, my Artcave Followers, for this show will be a success!

I have my calendar out everyday, keeping track of things, writing down any notes I must remember.  I can’t let things get out of control!  I’ve got to keep a level head about me… I can’t get too down on myself.  OK, so, once these new paintings are finished, they need frames!  That should take a few weeks… let’s see, Yes, I have that marked down on my calendar as well.  Don’t worry everyone.

Actions to Publishing an Academic Research Proposal The importance of internet article writing services should not be ignored. Now moment to switch the scenario with the assistance of custom essay writing http://www.biostack.org/?p=734 support. When you pick for our composing service, you’re going to obtain an all-inclusive group of academic offerings. Post writing services obtain a […]

On Friday, Christie’s staged its “ONE” sale, a global relay style auction and the first of its kind in the houses’ history. The four-hour long sale achieved a total result of $420 million with 78 lots offered across Christie’s global headquarters in Hong Kong, New York, Paris, and London—led by principal auctioneers across the four regions, Elaine Kwok, Cécile Verdier, Jussi Pylkkänen and Adrien Meyer. The global event closes the first set of milestones of the new virtual auction era. The auction hammered at $362 million, above its pre-sale low estimate of $337 million, realizing a total sell-through rate of 94 percent.

No longer a traditional evening sale, the hybrid auction kicked off with the first session late in the evening at 9:15 p.m. HKT at Christie’s Hong Kong headquarters, and in the morning for New York at 9:15 a.m. EST. Jussi Pyllkkänen opened the livestream with an address to the global audience introducing his colleagues.

As the sale opened, Christie’s LIVE, the firm’s transactional platform has already reach its maximum capacity for view-only attendees, but resulted in no delays for bidders. In a post-sale press conference, Christie’s CEO Guillaume Cerutti confirmed the sale’s virtual unique visitors swelled to over 20,000.

“I think the technical ease with which we were able to bid with one another, without a time lag as if we were literally in the same room was sublime,” Pylkkanen said in a statement following the sale. “I think this will have a dramatic effect on our reach.”

In New York, the last leg of the auction, seven works on offer in the sale came with a third-party guarantee. Across the four sessions, the top-grossing lots came last in the Rockefeller Center segment, directed by Adrien Meyer, Christie’s chairman of global private sales.

In a press conference following the sale, Christie’s representatives addressed whether or not the global “ONE” auction format would be deployed again. Alex Rotter, Christie’s chairman of postwar and contemporary art, noted the results showed promise for the future. “It shows that the market is ready for new formats of selling, and new formats for thinking about collecting art,” Rotter said.

Kwok, director of Christie’s chairman’s office in Asia, opened the sale to a full room of masked participants observing social distancing and other local health guidelines in the Hong Kong session. The four-location sale proved to be ambitious. The opening lot, a work by Chinese-American artist Martin Wong, revealed the four miked auctioneers fielding incoming bids would be forced to speak over one another. Though the excess noise was benignly disorienting, the production proved to be a reach for even the most experienced auctioneer. 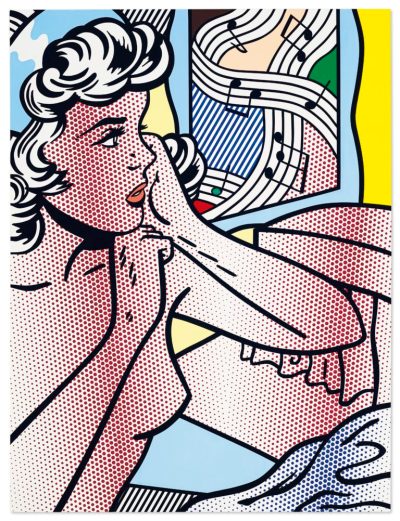 Barnett Newman’s 1952 blue monochrome Onement V, from his series of the same title, went to a bidder with Ana Maria Celis, head of postwar and contemporary evening sale in New York, for $30.9 million, hammering under its low estimate. Alongside postwar blue-chip names were moderns like Pablo Picasso, whose Les femmes d’Alger (version ‘F’) completed in 1955 inspired by Eugène Delacroix’s masterwork of the same title fetched a total of $29.2 million, besting its pre-sale estimate of $25 million. Another Picasso, a small-scale painting featuring the artist’s minotaur alter-ego and reference to his famed muses, brought a selling price of $8.1 million, landing solidly within its estimate of $6 million–$9 million. The sale marks the 1937 piece’s first time at auction after remaining in private hands for 80 years.

Another high mark was set for postwar heavyweight Joan Mitchell, whose diptych La Grande Vallée VII, completed in 1983, sold for $14.6 million, making it the second-highest price paid for a work by the artist. A Ruth Asawa woven sculpture from 1953 also set a new record for the artist, at $5.4 million.

This sale brought a new record for centenarian California painter Wayne Thiebaud. His large-scale 1962 painting Four Pinball Machines—sold by West-Coast investment executive Kenneth Siebel, who bought the work from real-estate tycoon Donald Bren in a 1982 deal after its sale at auction—met its low estimate, selling for $19.1 million. The piece more than doubled the previous Thiebaud record of $8.5 million, achieved with the sale of Encased Cakes (2011) at Sotheby’s in November 2019. The Thiebaud also drew active online bidding, with one participant going as high as $17 million.

In the Hong Kong leg, one of the first lots on offer was by late Canadian painter Matthew Wong, who saw record highs this week with paintings in each evening sale across the three auctions houses. Bidding online and over the phone drove up the hammer price for Homecoming, quickly moving it past the high estimate. The work eventually realized a selling price of 3 million Hong Kong dollars ($387,000). Elsewhere in the Christie’s sales, the same buyer purchased a painting by Takeo Yamaguchi that set a new benchmark for the artist, at 15.1 million Hong Kong dollars ($2 million), and a work by Nicolas Party.

The last lot of the Hong Kong leg was George Condo’s 2020 painting Force Field. Carrying a guarantee, after a protracting bidding period the work placed with a buyer on the phone represented by Marc Porter for $53.2 million. It more than doubled its low estimate of $18 million Hong Kong dollars. The work came to auction with only one previous owner who acquired the work from New York’s Skarstedt Gallery.

Kwok passed the gavel to her Paris colleague, Cécile Verdier, and the sale changed tones as bidding for Jean Dubuffet’s colorful Hourloupe work ricocheted between London and Paris salesrooms, easing tension from the early awkward stage of the novel sale structure. The Dubuffet sold for €6.8 million ($7.4 million), doubling its pre-sale low estimate of €3 million ($3.39 million). A 1950 neutral ground by French postwar artist Pierre Soulages came to the market after seven decades in private hands from an Australian collection. The work went for €3.2 million ($3.61 million), meeting its high estimate of €3 million ($3.39 million).

Modigliani’s 1909 portrait of his friend, sculptor Maurice Drouard, made its debut at auction, drawing fast bids across the global sale sites. The work placed with a buyer for €4.5 million ($5.1 million), selling at the middle of its estimate range of €3.5 million–€5.5 million ($4 million–$6.3 million). In London, Manolo Millares’s 1959 black, red, and white abstract painting Cuadro 54 realized GBP 1.1 million ($1.4 million), reaching at the high end of its estimate. The work hails from Barcelona Suñol Soler Collection and is the first time the work has come to market after being held privately since 1975. In New York, Georgia O’Keeffe’s From Pink Shell realized $5 million, more than doubling its low estimate of $2 million.

Belgian Surrealist René Magritte’s 1962 monochrome green canvas featuring a central tree motif, L’Arc de Triomphe, kicked up the sale’s momentum halfway through. The work drew bids from London and New York as soon as it opened with Marc Porter’s telephone bidder moving the hammer past the high estimate up to £10 million. After a bidding pause between New York and London, the work sold for £17.8 million ($22.5 million), against an estimate of £6.5 million–£9.5 million ($8.2 million to $12 million). Boasting an impressive provenance, the painting was originally in the collection of Magritte’s American lawyer and confidante, Harry Torczyner. The price comes under the surrealist’s standing record price of $26.8 million made in November 2018 at Sotheby’s for the sale of Le Principe Du Plaisir (1937).